Andy Kennedy has two mics, they don’t like feedback 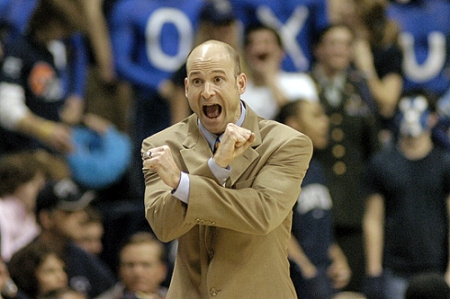 Fisticuffs are contagious. Players are not the only ones reaching back and throwing four knuckles of furry into the face of another person, coaches are now joining the punching parade…Cincinnati cab driver Mohamed Moctar Ould Jiddou can attest.

Jiddou says Old Miss head coach Andy Kennedy was the odd man out for a cab ride home, after a night of drinking with his coaching staff at The Lodge Bar (Gotta love $4 Cherry Bombs!). This rejection led to a profanity laced rant with some tasteless “Bin Ladens'” thrown in as well. The incident was allegedly capped off by a closed fist to Jiddou’s face. Kennedy now faces assault charges, and will be back in Cincy in January for a court appearance.

Kennedy is the centerpiece here, but this whole ordeal could probably have been avoided if the Ole Miss Director of Basketball Operations, Bill Armstrong, wasn’t “ejected” from the bar. We’re just saying, karma, bad karma.

This story gets a little better because the serves as a not-so-welcome, welcome back to the ‘Nati. You remember Kennedy was an assistant coach for Bob Huggins from 2001-2005, and was interim head coach for one season before Mick Cronin took over.

Lost in all of this was the actual reason Kennedy was in town. Ole Miss played it tough tonight for their fearless leader, but fell short against Louisville thanks to a career night by Earl Clark.

The SEC word with the Lexington Herald’s Jerry Tipton

We’re just a couple of bloggers, new bloggers at that, so our credibility is minimal. In order to get some real “stuff” on here, we’ve reached out to some esteemed beat writers who actually know what they’re talking about. Writers whose name carries significant weight in the circle they work in.

With league play upon us, it’s as great time to get the word from college basketball writers across the country and find out their take for what’s ahead.

Since 1981, Jerry Tipton of the Lexington Herald has been on the beat for Kentucky and the SEC. He previews the upcoming league schedule, and brings up an ex-Wildcat player fond of the prospects of passing gas in Hong Kong.